The most amazing recipe for Shrimp Eggplant Recipe in Creamy Sauce. This will become your new favorite eggplant recipe. Breaded parmesan panko eggplant with shrimp in a spicy (Cajun like) creamy sauce, ready in under 30-minutes.

Other Italian inspired recipes that you’ll love: Chicken Scampi, or the classic with a twist Chicken Parmesan and easy Pasta Fagioli.

We went out for lunch one day. We ordered different types of appetizers and that when I tried their Spicy Shrimp & Eggplant appetizer, it literally was one of the most amazing dishes I’ve tried in a really long time. I tried recreating it the first day I was back, I was hooked. And two more times that week, ha! Crispy sauteed parmesan rings with shrimp in the most delicious sauce that completes the recipe.

Theirs was a little different. The eggplant rounds were cut into four and deep fried. Though I enjoyed the deep fried crunchy eggplant, I prefer sautéing the eggplant as I did in this recipe. It still has a crunchiness to it but isn’t as deep fried.

This spicy creamy sauce is just amazing in itself. You just want to grab some bread, dip it into the sauce and call it a day. #YesThatGood

The taste of the sauce kind of reminds me of a chipotle sauce combined with Cajun seasoning but creamy. It is a bit on the “spicier” side. However, if you still want to make this recipe but don’t really like your food spicy, add less cayenne seasoning, taste the sauce and the spicier to your liking. 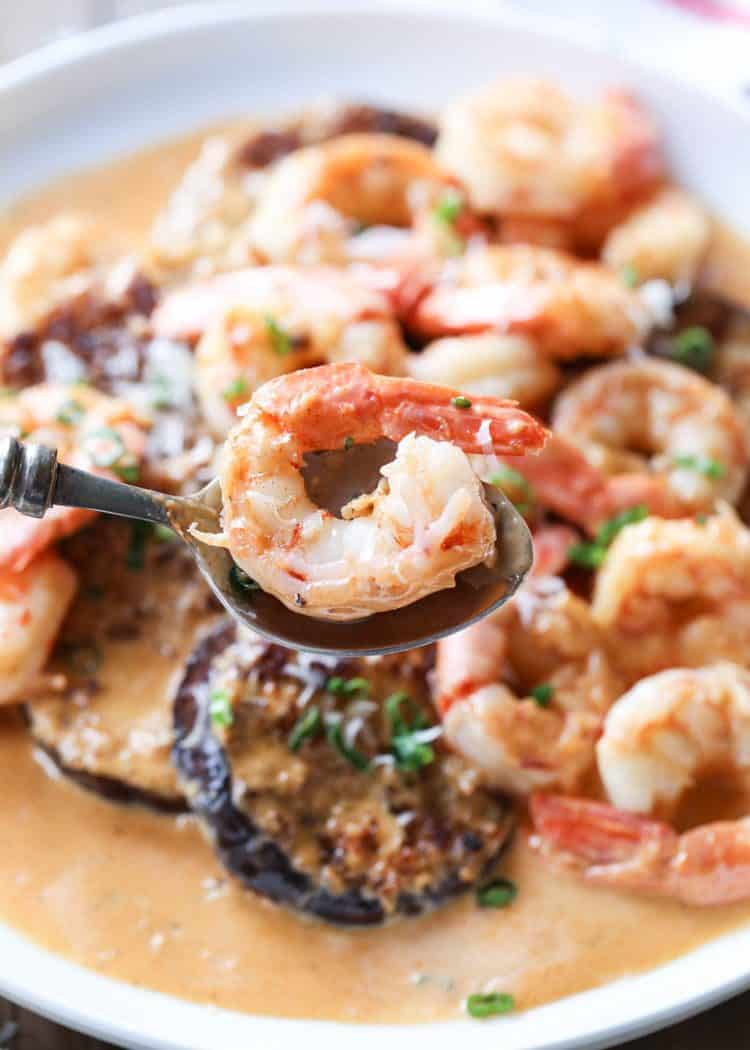 Eggplant is that one food you can enjoy all year round, I’d say. Some foods kind of have a summer feel to it, like grilled chicken for example. Other foods, like a big bowl of Zuppa Toscana is associated with colder weather and comfort food. This eggplant recipe is one that will rock your world all year round, ha! (Insert HAPPY dance emoji.)

What to serve with eggplant recipe-

We enjoyed this dish with mashed potatoes most. We used the leftover sauce as a gravy over the potatoes. If you aren’t a fan of mashed potatoes, you can use rice or pasta instead.

Try these other Eggplant Recipes-

Oh, I seriously cannot wait for you to try this fried eggplant recipe with sauteed shrimp in a creamy Cajun sauce. You are in for a treat!!! 🙂 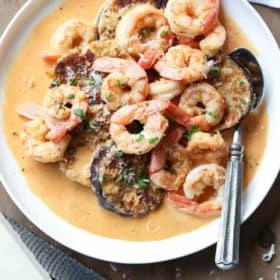