We share 28 of the BEST Potato Recipes that will totally inspire you to cook all things potatoes! Though the starchy vegetable seems so bland, there are so many different ways you can use the potatoes in recipes.

Here’s how we divided up the recipes-

Baked Potato Recipe
Learn how to make the perfect baked potato in the oven with this detailed tutorial. Baked potatoes with crispy skin and with a tender and fluffy interior, the ultimate side dish for almost any dish! 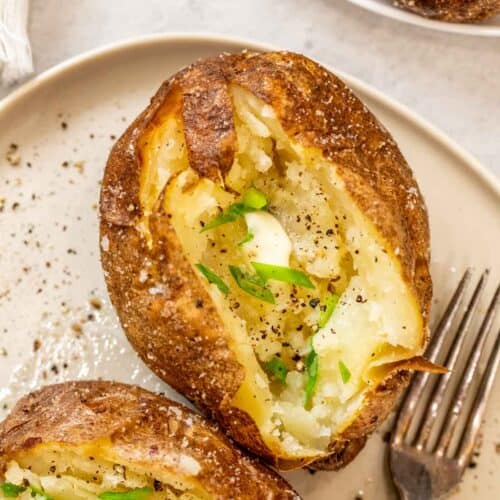 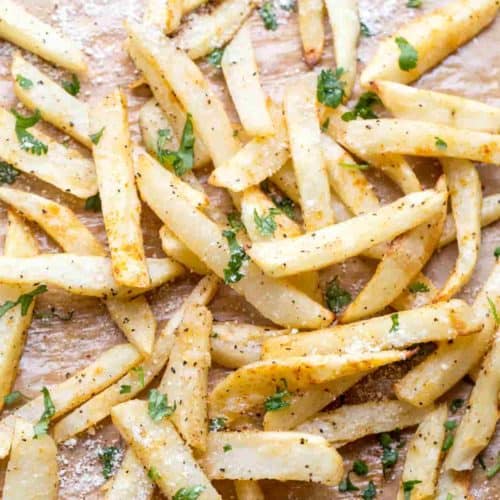 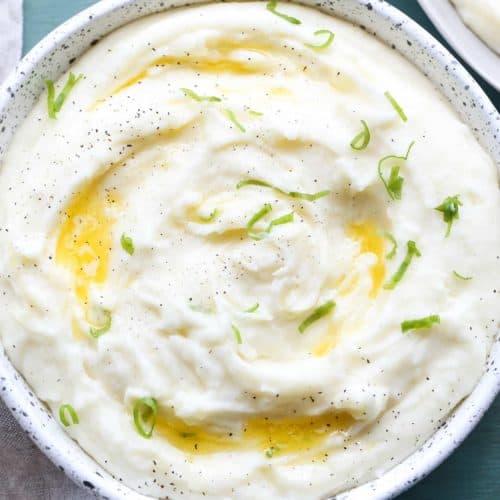 Twice Baked Potatoes
The easiest Twice Baked Potato Recipe (Stuffed Jacket Potatoes). Baked potatoes that are crispy on the outside and loaded with cheese, bacon and green onion and baked again. 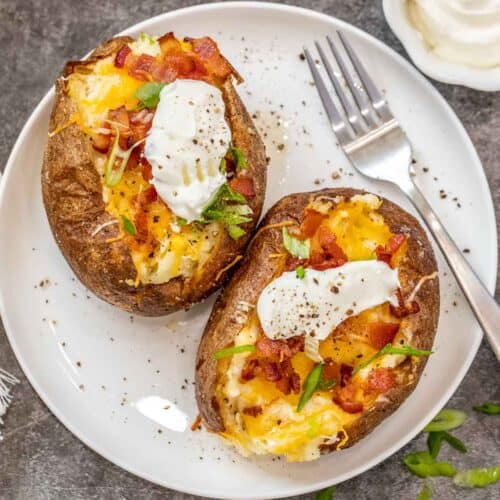 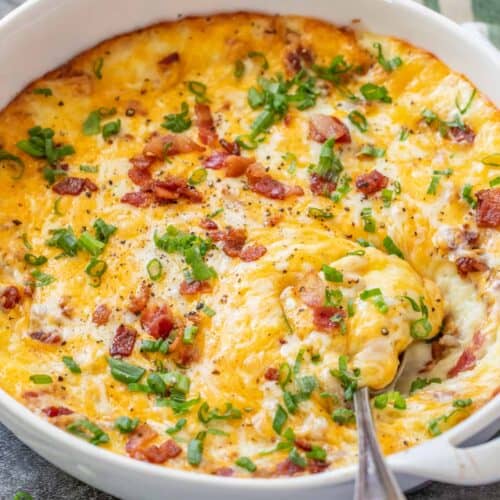 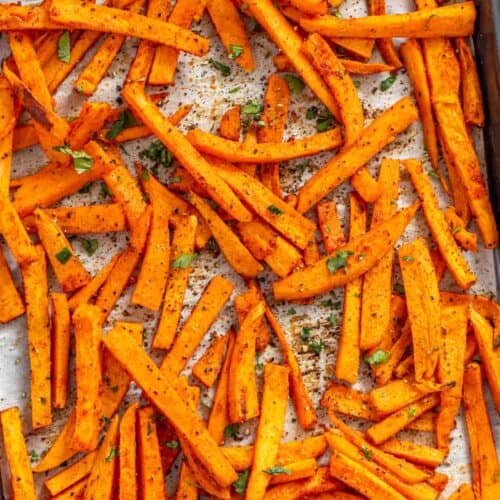 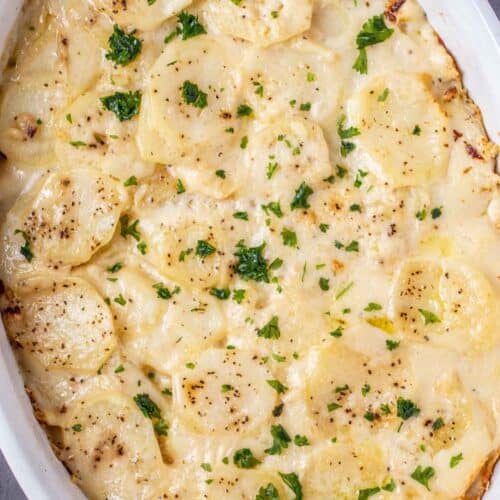 Potato Salad
This Olivier Salad (Russian Potato Salad) recipe is a traditional dish in the Russian cuisine and served in most restaurants and parties. This salad is commonly known as the Russian salad and Olivye in the Ukrainian community. 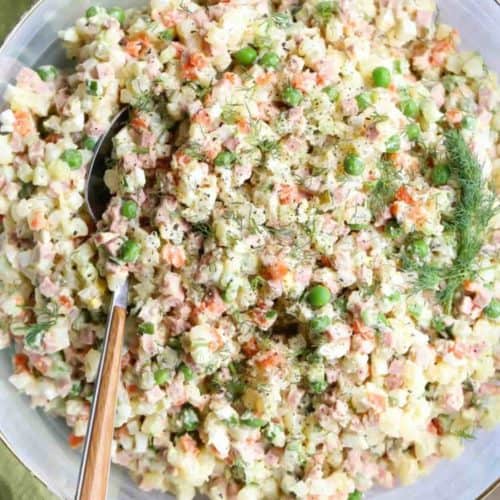 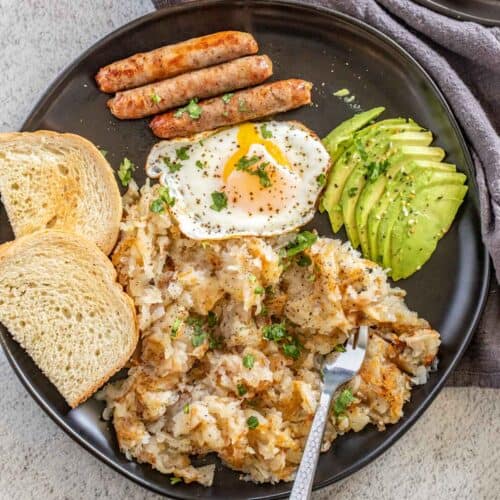 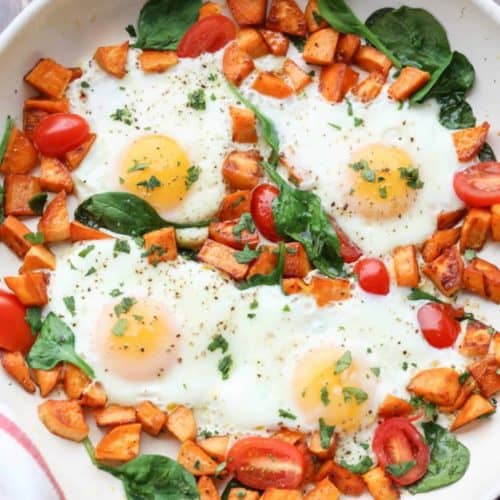 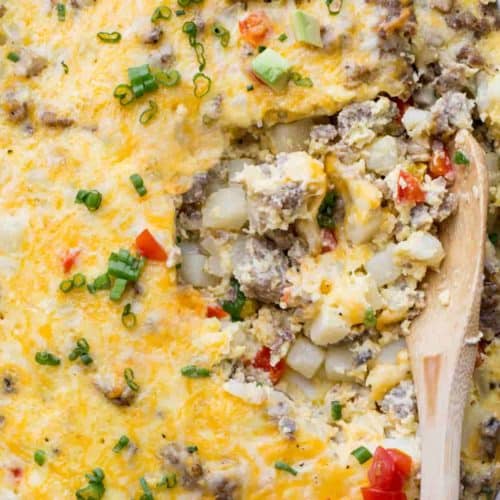 One Pan Breakfast
One Pan Breakfast Potatoes and Eggs Recipe. Cubed potatoes with bacon, peppers and eggs all baked. This easy breakfast is prepared completely in one sheet and ready in just 30 minutes. 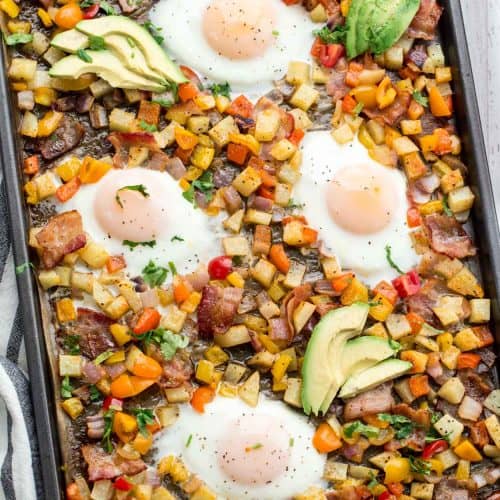 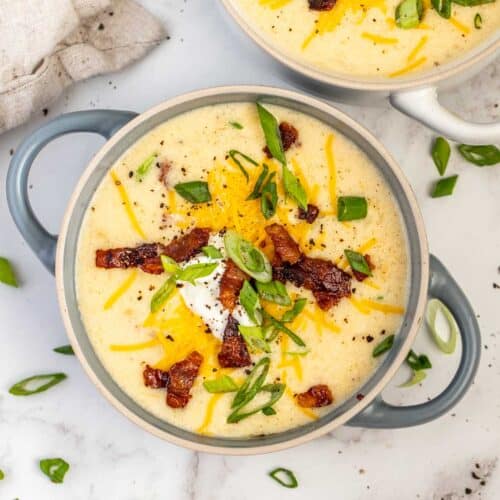 Easy Potato Soup
This Easy Potato Soup Recipe is loaded with so much flavor! Creamy soup base with chunks of potato, bacon and cheese. The perfect 30-minute dinner for busy evenings. 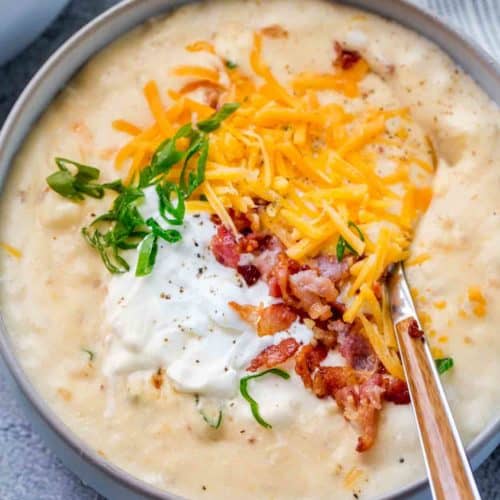 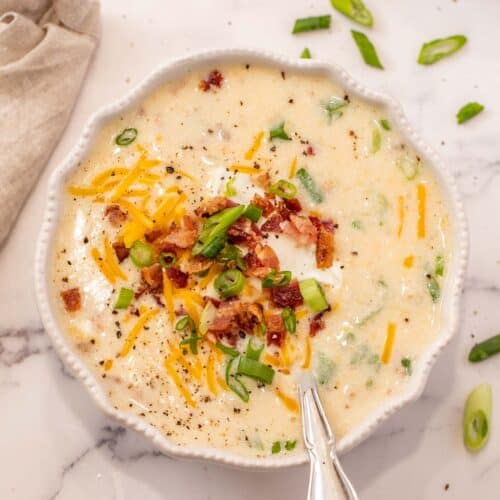 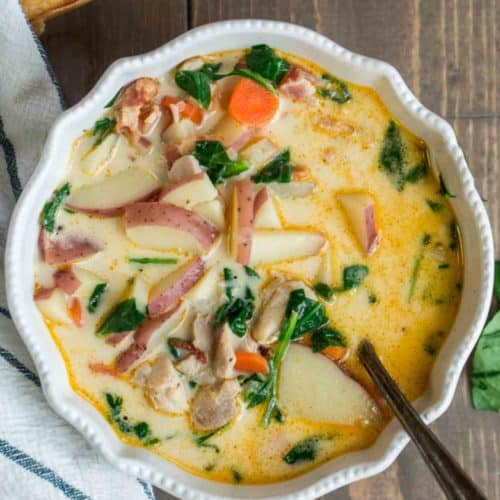 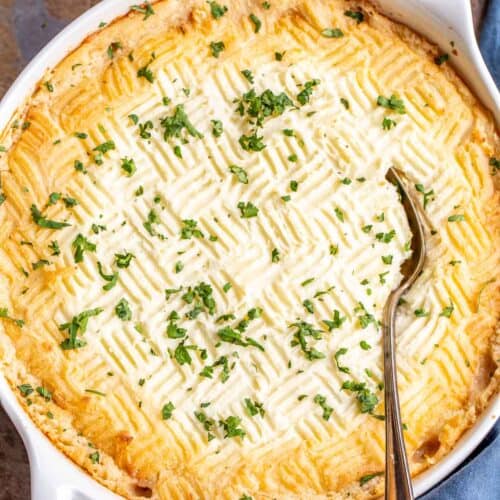 One Pan Chicken Potatoes
I love this one-pan chicken potatoes & vegetables recipe. Chicken thighs with potatoes, carrots, zucchini and mushrooms. It’s such an easy meal to throw together. 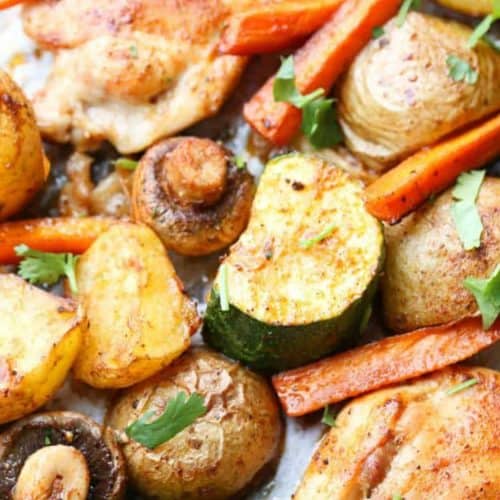 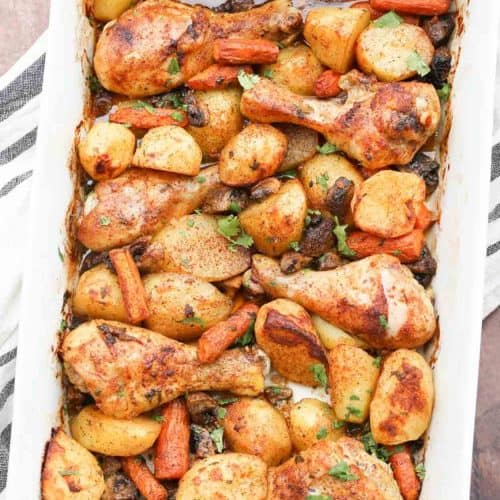 Potato Pierogi
Classic Pierogi Recipe with a cheesy bacon potato filling. The pierogis are boiled and served with sauteed onion and bacon and some sour cream 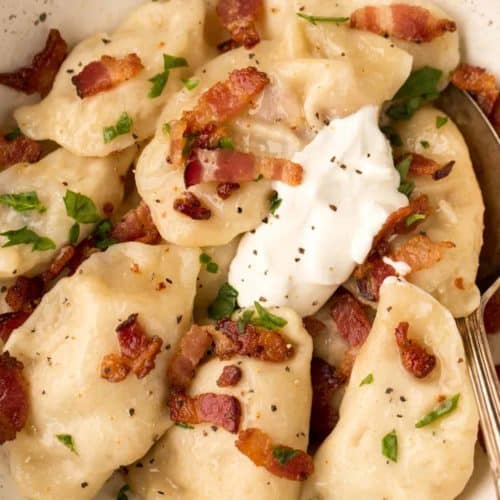 Fried Potato Pirozhki
We love this classic recipe for potato pirozhki. The dough is filled with a cheesy potato filling and fried, these are popular street food in Russia. 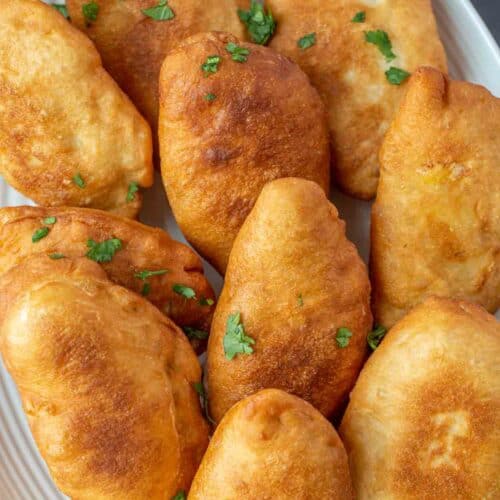 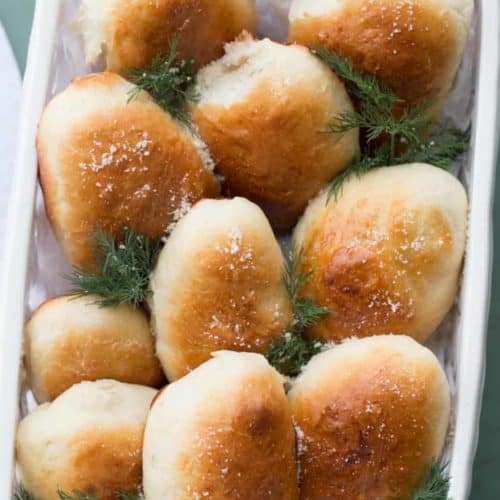 Easy Meat Potato Casserole
Easy recipe for a quick casserole. Sliced potatoes, ground meat with tomatoes and shredded cheese. The casserole is so easy to make and is so delicious. 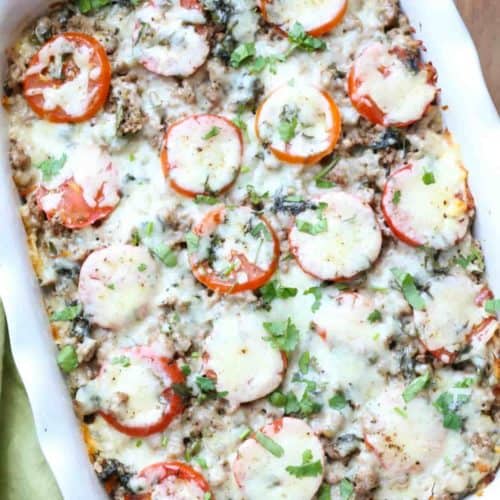 Braised Potatoes
Classic Russian Braised Potatoes Recipe. Potatoes and meat with vegetables baked as a casserole in the oven. These braised potatoes will become a favorite. 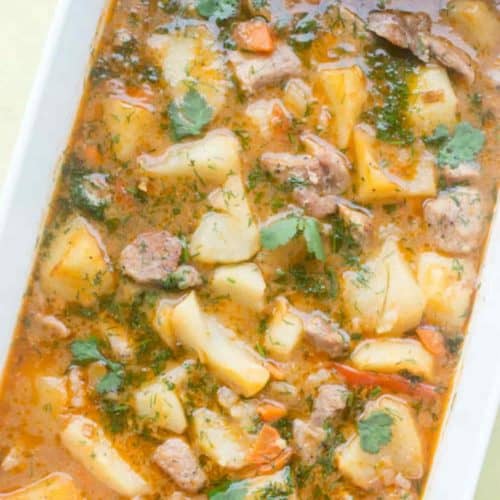 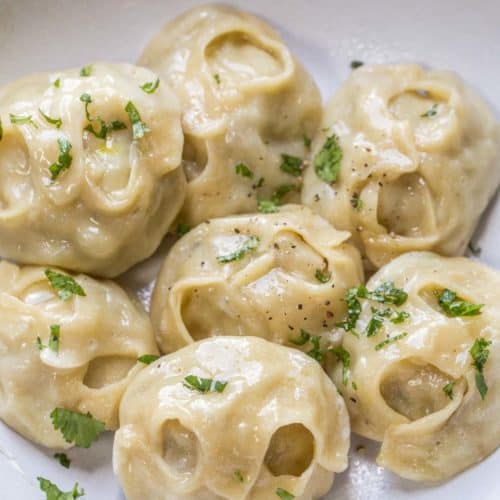 Potato Chicken Casserole
Easy recipe for baked chicken thighs, carrots and potatoes casserole with a creamy sauce and loaded with cheese. Such a perfect meal for a busy evening. 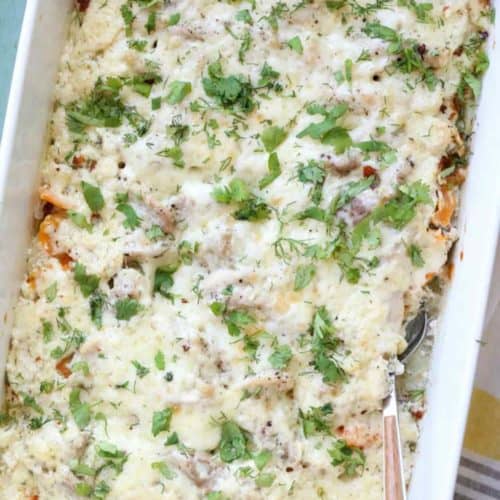 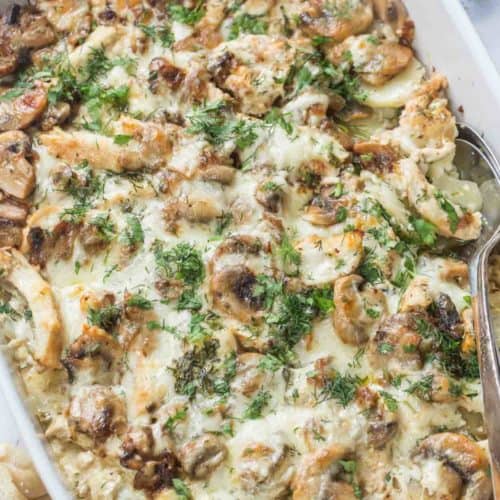 Uzbek Samosa
Fillo pastry sheet filled with a savory chicken and potato filling, shaped into triangles and baked until crispy. These mini pies are wonderful! 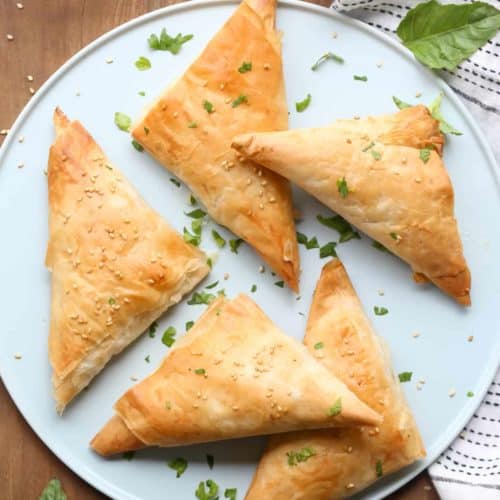 If you enjoyed this collection of recipes, here are a few other roundups we did that will inspire you to try something new: